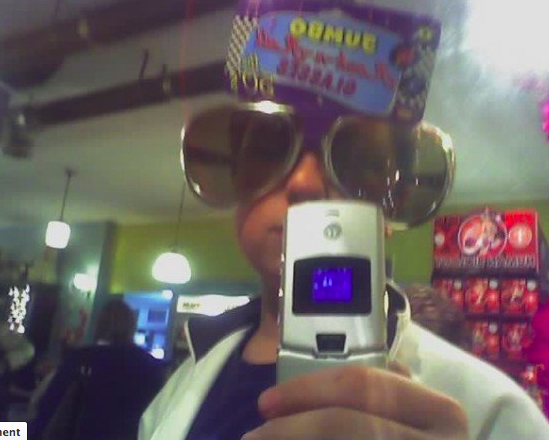 Editor’s note: this is the first post in a series of embarrassing throwbacks. Click here to check out Part 2.

It is a little-known fact that I have actually been blogging on and off for a decade. I first burst onto the blogging scene in 2004 at the height of the Xanga craze; I would come home from middle school every day, log into AIM and turn to Xanga to rant about the asinine and meaningless things that were tearing my middle school life apart. I am proud to say that my blog was relatively popular amongst my circle of friends; because we had nothing better to do, we would all reach each other’s Xanga pages every night and have fights in the comment sections that would spill into real life the next morning at school.

Before I had any sense of journalistic ethics or had any concept of the fact that my people beyond my circle of friends could possibly read my blog, I published a lot of heinous things that I am now painfully embarrassed by/excited to rehash in 2014. Although neither my Xanga nor my subsequent blog are still available on the internet, bits and pieces will survive into perpetuity thanks to archive.org. For the next few weeks, I will be revisiting my middle and high school blog posts and sharing with the world what a hot mess I really was.

The first iteration of my blog in August 2004 was titled “Almost Perfect”. I was clearly an incomplete person back then: I now know that I am actually perfect. On the day after my 12th birthday, I took a quiz that described me as a prep, stating that “you like to look good and have fun! There’s nothing wrong with that!”.

And so it begins…

A few months later, I discovered the Bubble Tea kiosk at the mall and renamed my blog MoNkEy BuBbLeZ. (Editor’s note: I told you this post was going to go there.)  In October, I incited a riot with one of my friends. I referred to her as a “follower” and she got upset and threatened to call the principal of the school. I penned this eloquent post in response to her idle threats:

Okay u guys…it seems as though somebody doesn’t agree with the Freedom of the Press right.

Lemme start off by defining a blog. A blog is a website where an indavidual can talk about their life and express feelings and thoughts with others. A blog is not a newspaper.

The Freedom of the Press amendment states that I can publish pretty much anything i want to, not what somebody wants me to.

In conclusion, I can publish whatever I want without K***** telling me not to.

Clearly my grasp of the First Amendment was lacking at this point in my life. K and I made up the next week and attended the Environmental Science Fair together. All was good until December, which was apparently a rough month for me seeing as I was grounded from the computer for two weeks: 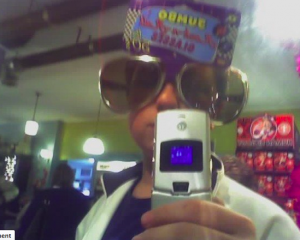 Wow we gots a lot to catch up on. First and foremost I’m allowed on the computer again!! Yaaaaaay! Some people are getting on my last nerves, but it’s gonna turn out good in the end. today in science we were learning about bones and stuff and we learned how some bones are only moveable in girls and not in boys and we learned about the tailbone and Chelsea said “Haha, mine can move and yours cant!” and it was really funny!!!!!!!!  And I think that’s about it…so….cya later. BTW, Val- get online or call me!!!!!!!!!!!!!

A few things: my excessive use of punctuation is horrifying, I was asking Valerie to call my landline phone (remember those?) and I was young enough to be grounded from the computer and probably therefore shouldn’t have been blogging.

I spent the remainder of 2004 blogging about Spongebob, Happy Bunny and my starring role in a  production of Fiddler On the Roof. 2005 started off on a rough note because I was grounded from the computer for two weeks – again – and felt the need to explain to everybody why this was an injustice. 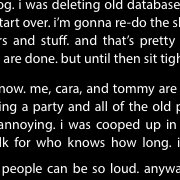 It was also in 2005 that I first saw the cinematic masterpiece “From Justin to Kelly” (starring Idol alums Justin Guarini and Kelly Clarkson) and decided to rename my blog “it must be the madness” after my favorite song in the film. I also stopped typing  in uppercase letters.

I was distraught on February 7th because it was the last day of Diamonique Week on QVC. I had toured the QVC studios during a trip to Philadelphia over winter break the year before and became obsessed with home shopping for several months. (I am beginning to regret this post.)

I admit without shame that I carried a Palm Pilot for several months in eighth grade (a 12-year-old has to stay on top of his schedule). One fateful winter morning while walking to school, I slipped on ice and fell into the creek that separated my house from my school and disaster ensued:

I was trying to cross the creek to get to school and I slipped on that freakin invisible ice, and fell into the creek holding my [Palm] Zire. If I had jumped right out, I probably could have saved it, but since I just sat there, eventually it shocked me and caused me to sit in ice-cold water for another minute and go numb all over my body (I ran home and changed and got to school on time).

Based on this post, it sounds like I slipped on black ice, fell into the creek, endured debilitating electrocution from my Palm Pilot,  blacked out and suffered  hypothermia all over my body as I lay lifeless in the white water rapids (yet miraculously still made it to school in time despite my array of injuries).

If my memory serves me, I  slipped on the ice, fell into four inches of water and immediately jumped right back out of the creek and ran home to change… I was clearly in great physical and emotional distress because, later in the day, I glued my teacher’s scissors shut after he gave me a poor grade.

Hyperbole has always been my strong suit.

My family took a road trip over the summer. For the first time in Ohio, I heard “soda” being called “pop” and that “ticked me off, sorta”. On that same vacation, I did not shower for 5 days and was excited that my new camera could hold almost 200 pictures. 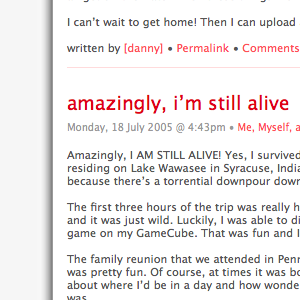 I had this bizarre dream about my best friends in July:

Monday night, I had a dream that, for our cast party, T, B, C, and I went to Washington DC. First, we took this wierd acting class there. The girl Alexz from Instant Star [my favorite television show at the time] was in that class and tried to seduce me but I deemed her too slutty and we left. We started rollerblading around. We rollerbladed around until we got to the White House. This dream was odd because the doors were wide open, so we just went in and stayed the night. Although, a wild horse tried to cuddle with us. I dunno what happened to him. In the morning, I snuck out of the White House. While I was gone, Secret Service people tried to arrest C, T, and B, but they rollerbladed away. Then, we all were on our way to see a movie when I woke up.

I sincerely hope that the Secret Service  has stepped up their security and their animal control policies. Also, I would totally give it up for Alexz Johnson if I was in an acting class with her tomorrow…just saying. (I’m not even going to touch “Withdrawl”).

For the rest of 2005, I spent my time posting funny AIM conversations with my friends and lyrics to Usher songs, complaining about MySpace, ranting about Randal on The Apprentice and celebrating every time I didn’t fall in while crossing the creek on the way to school. In my final post of the year, I declared that I was “so damn confused [about love] it’s not even funny”. I had to re-post that meme or I would have been cursed with a year of bad relationships.

Note to self:  almost a decade later you STILL are not cut out for a legitimate romantic relationship!

I am horrified to see what 2006 brings…next week!