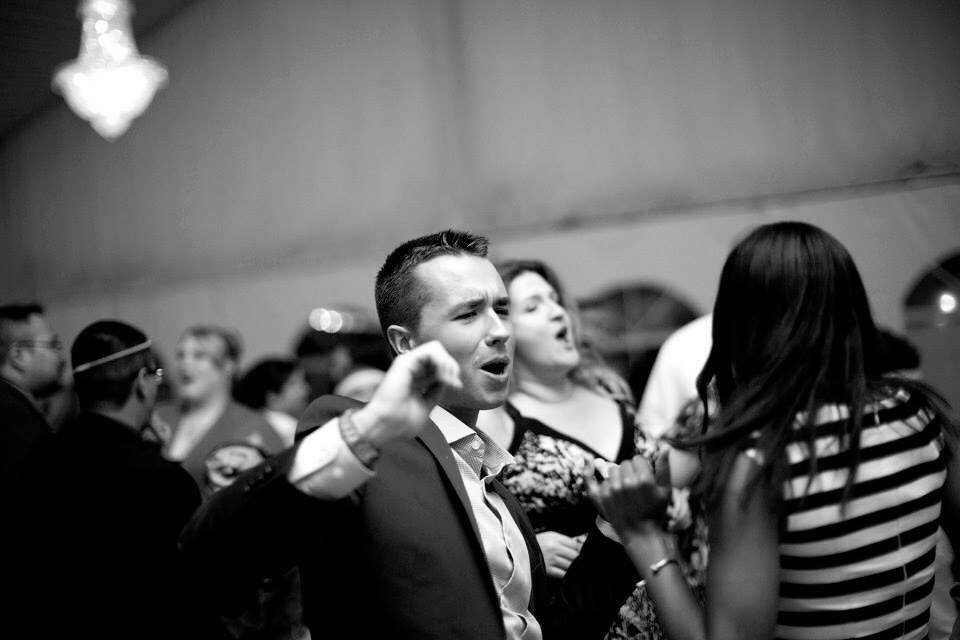 I’ve had a remarkable year.

Tens of millions of people have read my work, which has appeared on the frontage of Reddit, in the NYT Now App from the New York Times and on the social media timelines of Big Boi and Greenpeace. I’ve had the privilege of covering some of the biggest science and technology stories of the year, and I’ve met some of the brightest minds of our generation along the way. I landed principle roles in digital shorts for an Emmy Award-winning primetime series and the longest-running cable television event in history. By some accounts, I am likely one of the most-read shark writers on the web right now.

At times, though, the successes feel hollow and undeserved.

I recently found myself at a very intimate press event. I sat in a small room all evening overlooking the capital of the free world, surrounded by the brightest minds in climate science and respected writers from the world’s top news outlets. For many people, it would have been an “I’ve made it!” moment, a realization of their hard work and a reminder that it really does pay off.

The first thought that crossed my mind was that I didn’t belong. As I let my feelings of inadequacy percolate, I kept telling myself that there was no way that I’d accomplished enough or was important enough to even sit in the same room as these people. There must have been some mistake — did I walk into the wrong room? Where is the kids’ table?

It’s strange, because I’m actually extremely confident and self-assured in pretty much every other aspect of my life, perhaps to a fault. In any other setting, I have no problem speaking to my achievements and and recognizing my accomplishments. I know that I’m talented, and nobody whose opinion matters has told me otherwise.

It’s in my own head, though, that my inner demons shroud me in darkness and self-doubt. As I’ve racked up successes, I seem to have accordingly amassed an exhaustive collection of crippling insecurities. This newfound planeload of baggage weighs constantly on my mind, seemingly getting heavier and heavier with each additional victory.

I would be remiss not to acknowledge the obvious: there are times when other people’s words tear me down. I’ve been lambasted on social media and dragged through the mud by strangers online. I’m getting better and better at dealing with that, though, and it feels like most of my present insecurity now comes from within.

There’s an innate strength in being vulnerable enough to even entertain the thought of sharing yourself — your words, your photographs, your dance, your voice — with the world. By writing and publishing anything at all, I know that I’ve made it farther in 23 years than many people will in a lifetime. Not everybody has the courage and, perhaps, the insanity, to take the stage and rip themselves open for public consumption, but I had always thought that getting started was the biggest battle and that it would only get easier from there.

Not so. As it turns out, to keep going is just as difficult.

The struggle persists in a different form. Just because the casting director or the buyer or the agent isn’t telling you that you’re not good enough doesn’t mean that you haven’t started to believe it after all these years of rejection. The absence of external aggressors turns the struggle inward, and you begin to lend credence to what you’ve been told all along but tried to brush off. The most destructive lies are the ones that you start to believe about yourself.

I know that I’m not alone in feeling this way. I’ve been in the entertainment industry in some form  for literally my entire life — I’m surrounded by other artists, and it seems like all of us go through the exact same thing at all stages of our careers. We bond over it and try to make light of the relentless fight against one’s self in an attempt to understand the darkness hidden deep down inside of all of us.

I’m sick of letting the voices in my head bring me down. During yoga last week, my wonderful teacher defiantly announced that it was time to “open yourself up and tear all that shit out.” There’s no doubt that it’s easier said than done and, like many things in life, it is a journey, not a destination. Until the day you die, things are going to bubble up and try to tear you down, but part of living fully and authentically is to let the negativity bubble up and then let it go. I’m sick of holding on to things that are weighing me down. For the sake of my art and my well-being, it’s time to move on.

Here’s to tearing all that shit out.

One Reply to “On Being a Fraud: The Perils of Success as an Artist”